Hey Ya’ll!
This is my spoiler free review for Malice by John Gwynne, the first book in the Faithful and the Fallen series. I buddy read this book with my friend Devin from Goodreads and I’ve gotta say that I am obsessed with this series. I will probably be spending a good portion of OWNtober 2018 devouring at least the next book in the series. I gave this book five stars. Let’s get into the review.

The world is broken…

Corban wants nothing more than to be a warrior under King Brenin’s rule – to protect and serve. But that day will come all too soon. And the price he pays will be in blood.

Evnis has sacrificed – too much it seems. But what he wants – the power to rule — will soon be in his grasp. And nothing will stop him once he has started on his path.

Veradis is the newest member of the warband for the High Prince, Nathair. He is one of the most skilled swordsman to come out of his homeland, yet he is always under the shadow of his older brother.

Nathair has ideas – and a lot of plans. Many of them don’t involve his father, the High King Aquilus. Nor does he agree with his father’s idea to summon his fellow kings to council.
The Banished Lands has a violent past where armies of men and giants clashed in battle, but now giants are seen, the stones weep blood and giant wyrms are stirring. Those who can still read the signs see a threat far greater than the ancient wars. For if the Black Sun gains ascendancy, mankind’s hopes and dreams will fall to dust…
…and it can never be made whole again.

Adult – Many different definitions are thrown around, but I define this as books that contain content not suitable for younger readers. This includes things like graphic content (blood, gore, torture, murder, rape), and explicit sexual content.

Epic Fantasy – Again, there are many definitions thrown around but epic fantasy is basically high fantasy (i.e. set in a completely fictional world with supernatural/mystical creatures and usually magic) but usually focused more on the life or coming of age of the main character. Often features a quest of some sort and often the main character is the “chosen one”. There is often a very strong focus on good/evil. Finally, the world is often modeled after medieval times, featuring swords, castles, dragons, horses, etc.

The first thing that comes to mind is just how expansive and in depth the world and characters were. There was an amazing map, and while this is usually a plus in a book, this is the first time that a book has had a map and I’ve actually found myself needing to use it. There were also a ton of POVs, more than I’ve ever read in one book (I think there were 7). This was near overwhelming when I first started reading, but eventually I started tabbing and taking notes and this really helped me early on. Here are some pictures of my copy and my notes in my journal.

Like I said, everything being so huge and well developed was both a good thing and challenging to process. I fell in love with so many of the characters, but I also couldn’t keep the kingdoms and kings strait until I took down notes. I know not all readers, my buddy read partner included, had to do this but there was just so much to keep track of.

I was also really fascinated and surprised by the fact that the author took so much inspiration from Christian mythology, and that I actually enjoyed it. For me, the angels/demons thing is just so overdone so it’s hard to write it and still have it come across original and interesting, but Gwynne managed and I’m still shocked at how much I enjoyed it. I really appreciated that the author didn’t just go with the usual “why is he bad? because he’s bad” that many stories stick to. He really gave Asroth and the Kadoshim a history and motivations, while still tying it into the “modern day” of the story itself.

Another thing that was AMAZING was just how many possibilities the story had; this made it really easy for my buddy read partner and I to theorize about the direction of the story, which personally added to my enjoyment. I seem to have an uncanny knack for guessing plot points and character backgrounds (probably because I read so much) so it’s rare that I’m surprised about anything. I definitely guessed a few of the plot points but there were also so many surprises to the story that just blew my mind and made the book a freaking delight to read. For this reason I would definitely recommend this for a buddy read if you’re looking for something; it’s so much more fun when you have someone to bug at all hours of the day with your crazed ravings.

There were seven perspectives technically, but there were really only four main characters and I loved them all. Each was amazingly well developed, and each character had a major part to play in the greater picture, intertwining their stories and making it impossible to both love all the characters and be completely secure that they’ll all remain alive by the end of the story.

Corban was a sweet little boy who hadn’t yet made it to the Rowan Field (basically the right of passage to become a man, I want to say you enter at like 12 or 14?) and was incessantly bullied by a boy named Rafe who had already entered the Rowan Field. He also has a sister who seems to outshine him in the bravery department and a giant of a blacksmith father, so Corban believes he has a lot to prove. He wants to outshine everyone. He is ultimately compassionate, and brave, and protective of his family and friends and he is always looking out for those who can’t look out for themselves. On the other hand, like any child he’s hotheaded, a bit thoughtless and unconcerned about the consequences of his actions, and his desire to prove himself combines with all of this to often put him in trying and dangerous situations.

Nathair is another character in the story. A Prince, son of Aquilus, he believes above all else that he is the best. At what, you ask? Why, everything of course. I’m joking a bit, but really his character is based on his belief that he is somehow going to be the one to make the world a better place. He believes wholeheartedly that he IS THE CHOSEN ONE and he won’t let anyone tell him different. He’s hardheaded and stubborn, and won’t do anything that wasn’t his idea. Even though his father has been King for years he has a hard time listening to him and realizing that his father makes valid points. On the other hand he is also smart, and cunning, and open-minded. He perseveres through difficulty, respects and loves the men of his warband, and no one could ever say he stands on the sidelines – he is always right there with his men fighting in the muck.

Veradis is Nathair’s first sword. Originally from Ripa, sent to Nathair to be a part of his warband and gain notoriety, his main motivation is to finally have his father be proud of him and show him the same respect his father shows his brother Krelis. He is a good man, always protective and loyal to Nathair, and would do anything Nathair asks. This unwavering loyalty is sometimes to his detriment, but he almost reveres Nathair like a person does a god. Like some kind of untouchable figure. Writing this review a couple weeks after reading the book, it’s hard to remember much else about him.

Then we have Kastell. The red – haired nephew to King Romar of Isiltir. We meet him on the road where we find out that for some unknown reason he’s been the target of his cousin Jael’s ire. When it first started it just seemed like Jael disliked him, when they were children, but it soon becomes obvious that Jael hates him to a point of wanting his life. We don’t know why, but this fued is the main focus of Kastell’s storyline.

All four of these characters have unique viewpoints, and it was really interesting to be able to actually know the thoughts of so many characters throughout the story.
One thing you really almost need warned about in this book is that nothing is what you expect it to be. I would say to pay attention really closely when you’re reading this, because the smallest things in the earlier parts of the book are actually huge clues to how the future of the book pans out. No one is safe. No lives can be guaranteed. Every character will face betrayal of a sort, and the ending is SUCH a huge cliffhanger so you should probably have the next book on hand.

My reading this book was because of a Piera Forde video that I watched and I would recommend this to anyone who loves high fantasy, or that loved Game of Thrones or Nevernight. This was one of the best books I’ve read all year and I’m so glad I have my own copies to reread over and over again.

Thank you all so much for reading and I hope I’ve inspired you to pick up this amazing series. I’ll see you all on my next post. ❤

Kayla is a happily engaged accountant with a love of books. If she's not reading, you can expect her to be bullet journaling, playing video games, or streaming a show. A lover of fantasy and romance, with a penchant for reading when most people are dead to the world. View all posts by Kayla

This site uses Akismet to reduce spam. Learn how your comment data is processed. 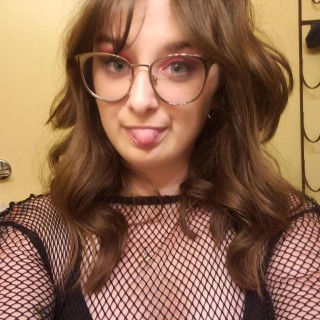 Kayla is a happily engaged accountant with a love of books. If she's not reading, you can expect her to be bullet journaling, playing video games, or streaming a show. A lover of fantasy and romance, with a penchant for reading when most people are dead to the world.